The Working Man (1933) Review, with George Arliss and Bette Davis

The Working Man: He Works Hard for His Money

My father-in-law, head of an marketing department at a sizable American university, has a treasured saying. “The first generation saves the money, the second builds upon it, and the third spends it all.” (I assume in this scenario, I’m supposed to be the second generation, but he always winks afterward so who knows.)

The core of the saying is that successive generations completely screw up everything the older ones worked hard to achieve is one that older generations like to bandy around. I mention this, not just because I’m an impertinent whippersnapper, but because The Working Man is very much about the older generation paddling some butts and taking some names. The older generation here is represented by Mr. George Arliss, one of Warner Brothers’ prestige stars who gets to take a shot at a farce for this go around. (A ‘farce’ for those of you not in the know, means that there aren’t a lot of jokes, but the movie is pleasant enough to get away with it.) 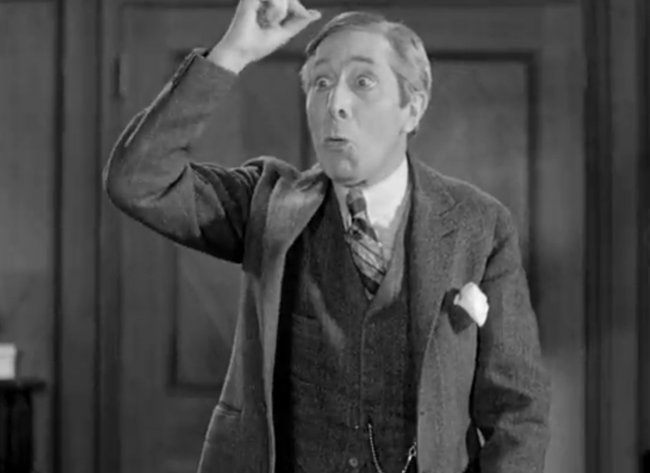 The younger generation comes in the forms of Tommy (Theodore Newton) and Jenny Hartland (Bette Davis), two shoe manufacturing heirs who are more concerned with getting trashed than maintaining the family business. Hartland Shoes’ biggest rival is Reeves (Arliss), who’d split with the elder Hartland years ago when they’d both pursued the same woman and Reeves had lost. Reeves turned out the more successful business, but then his life is his business. There’s also his nephew, Benjamin (Hardie Albright), an egotistical efficiency snob who thinks all of Reeves’ recent success is of his own doing.

This puts Reeves off. As the Hartland sibling’s fortunes stand on the edge of a precipice, a cheeky idea crosses his mind. By imitating a simple, nice man, Reeves leaves the company in Benjamin’s hands and instead instills himself as the new head of the household for the Hartlands. There he teaches them the value of hard work and how to root out those attempting to undermine the company, and, in the process, teaches Benjamin a lesson in humility 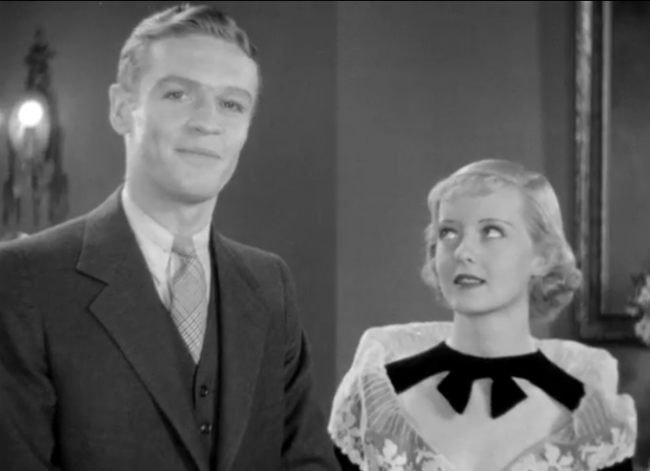 Every screenshot I took of Bette Davis I think she’s trying to melt someone’s brain with her mind.

It’s a fitfully amusing picture, though most of that comes from simply what a silly little parable is. Reeves’ character flaw is that ‘he’s too hard working and competitive!’, which is the epitome of a a bad answer at a job interview let alone at a screenwriting class. Everyone else must simply bow to his will until things become clear and everyone’s problems are solved.

The Working Man comes well into the Depression, and 1933 was one of the worst years for it. It’s pro-business message seems to be that, despite the fact that both Reeves and Hartland– the two largest manufacturers of shoes in the country in the film– make terrible products that everyone despises, good advertising can defeat all. The platitude indicates that you must spend money to make money, as if The Great Depression’s core problem was that suddenly everyone was too scared to try and grow their business. 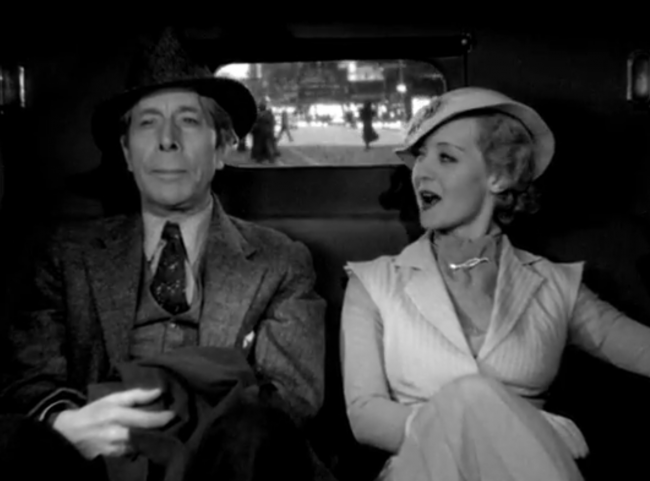 “I WILL MELT YOUR BRAIN, ARLISS”

It’s absolutely ludicrous, but that’s what makes it so much fun. Arliss clearly enjoys playing accidental matchmaker and ramping it up to near-Warren William business mogul-dom when the time calls for it. The supporting actors are fine if nothing much special, though Hardie Albright, in playing a 1930s nerd, gets a couple of good laughs with his complete and utter obsession with efficiency, the opposite end of the spectrum of Tommy and Jenny’s carefree apathy.

So, don’t forget, even your parents were a bunch of lazy wastrels. Now snap to it and spend their money while the going is good.

The relationship between Reeves and Jenny in The Working Man is a kind of mirror to the true relationship between Arliss and Davis, and it shines through on screen. The biographical history shared between the two adds a weight and dimension to the film that doesn’t really exist in the direction or script. It’s the genuine affection these fine actors have for one another, expressed via the characters, that truly makes this film worth watching. 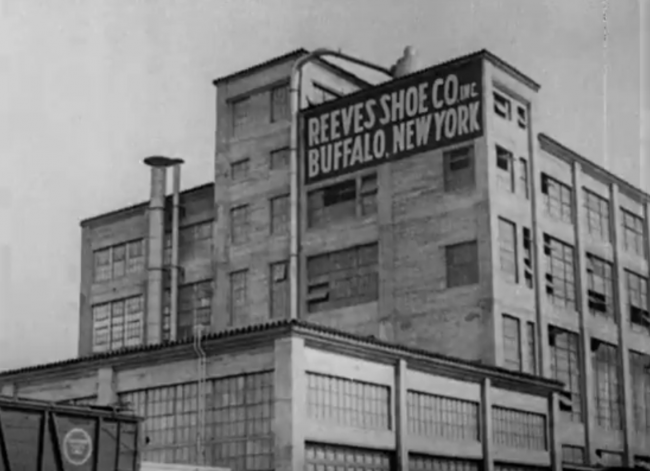 Davis later recalled, “Whatever was happening on his set, at four p.m. sharp everything stopped for a half hour while we had tea. I think he had it in his contract. Mr. Arliss helped pour, and everyone, to the lowliest grip, participated. I especially enjoyed knowing instinctively that Mr. Jack L. Warner was sitting in his office having a fit during this expensive homage to a civilized way of life.”

For those who think of Arliss as a musty antique, his spry characterization is a pleasant surprise. It’s also refreshing to see lovely, early ’30s Bette in a role where she doesn’t end up shot full of holes and stashed in the trunk of some gangster’s roadster.

THE WORKING MAN is a remake of the Arliss silent, $20 A WEEK (1924), but the story is considerably improved in the talkie. Ronald Colman played the role of the brother in the silent version. Colman also played the High Priest on the stage in the Arliss hit, THE GREEN GODDESS, in 1920. Mr. A made the story as a silent in 1923 and then as a talkie in 1930 (actually filmed in 1929) though Colman did not appear in either film. In 1947, Colman played the Arliss role of the Rajah of Rukh in a radio adaptation where he recalled his appearance in the play.

As the story goes, Betty Davis always cited George Arliss for saving her film career. Getting little work in Hollywood, Davis was about to return to New York. Arliss insisted she be put in the film. Davis finally got notice and the rest is history.