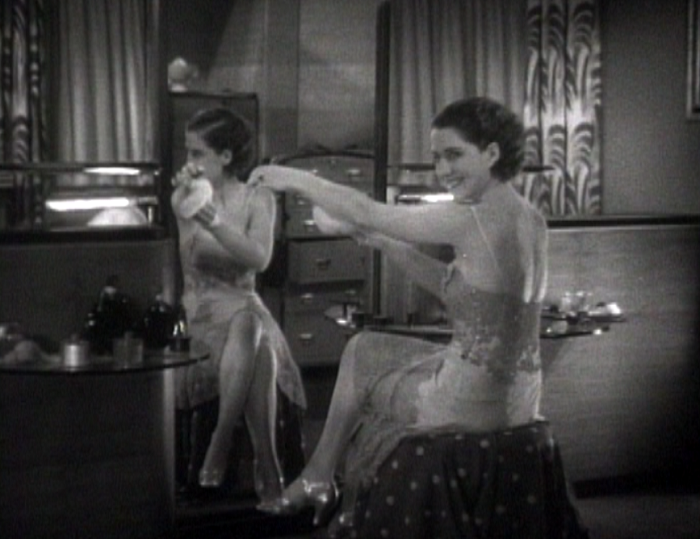 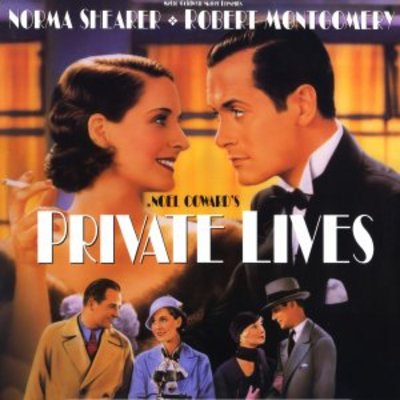 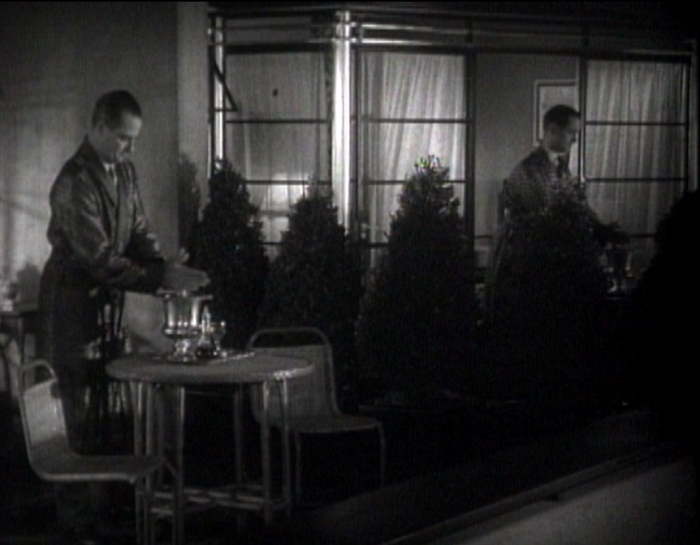 From a hotel design standpoint, this seems like a poor choice. 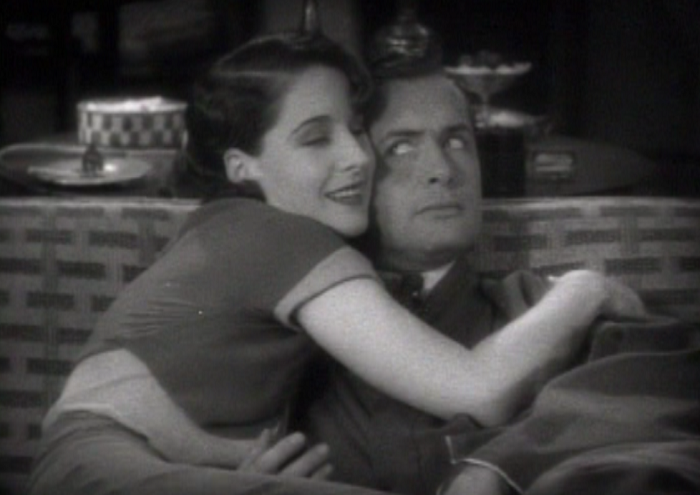 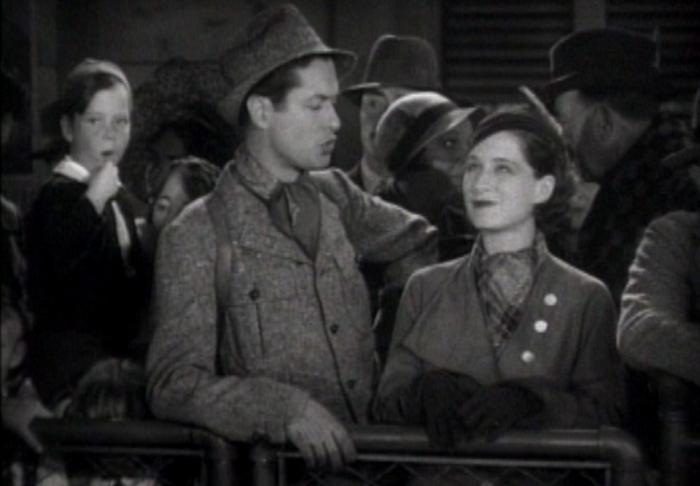 I think Shearer may have one of the best looks of self satisfaction ever to grace the screen. 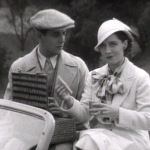 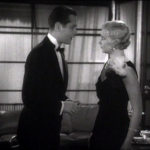 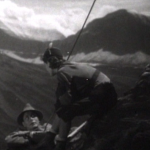 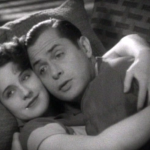 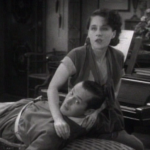 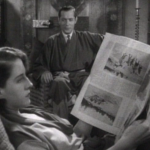 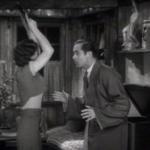 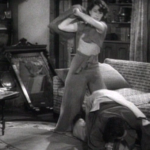 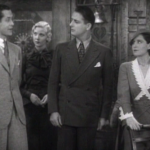 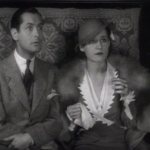 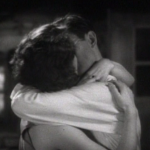 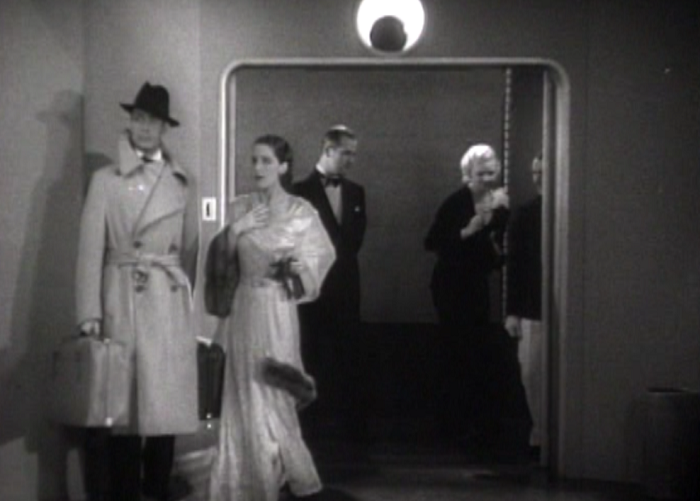 A better transfer is especially needed in shots like this, where Montgomery’s face is just a blur. 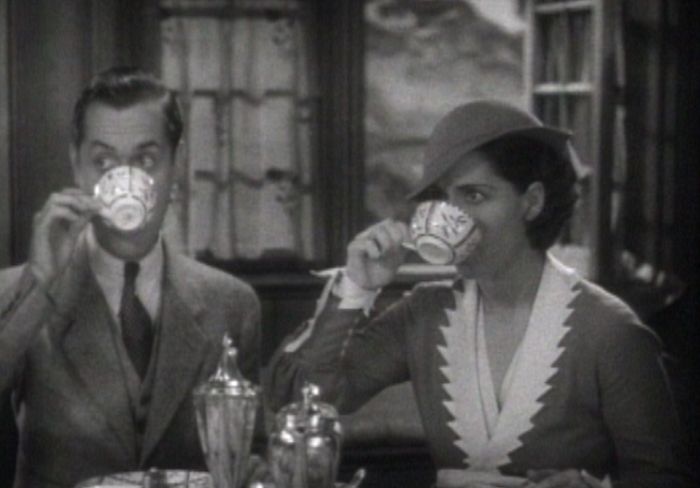 For a great movie.

I really like this film too – the original play is often staged in the UK and I think the farcical elements might possibly work better on stage, but Robert Montgomery and Norma Shearer are both great in the roles and it all moves very fast, with its delectably witty dialogue. A sophisticated gem. Not available in the UK on DVD, sadly.

Yeah, I read that this one gets revived pretty often, with Kim Catrall doing it on Broadway a few years back. I think that would be one of the few plays I would actually bother going to the theater to see.

Sorry about the UK DVD thing– have you considered a region free player? I don’t know how common those are over on your side of the pond, but here you can’t throw a DVD player without hitting one.

Thanks, Danny, it does work well on stage. Luckily I have this movie recorded from TV, but I’d like to see it get a DVD release here so that more people can discover it.I do have a region-free player, but buying films on import is more expensive, though I do sometimes succumb!

I know how you feel about the expense. Luckily with Warner Archive here, I can usually wait for a good sale and splurge. They had a 3 for $25 sale last week and it was sublime.

And, honestly, I think Private Lives deserves a better release here as well, though I suppose at least it’s on a DVD here. 🙂

Great review — I adore Private Lives, and have seen it more times than I can count. I thought everybody did a great job — even Una Merkel, who I’ve read in more than one place was miscast, but I disagree.

I can’t imagine a universe where Merkel is miscast here. She may not get to be as funny as usual, but she’s still enjoyable.

Thanks for reading, Karen!

Does anyone understand the ending where they arrive at ‘Sollach?’

Have tried to determine the meaning beyond the name of certain families.