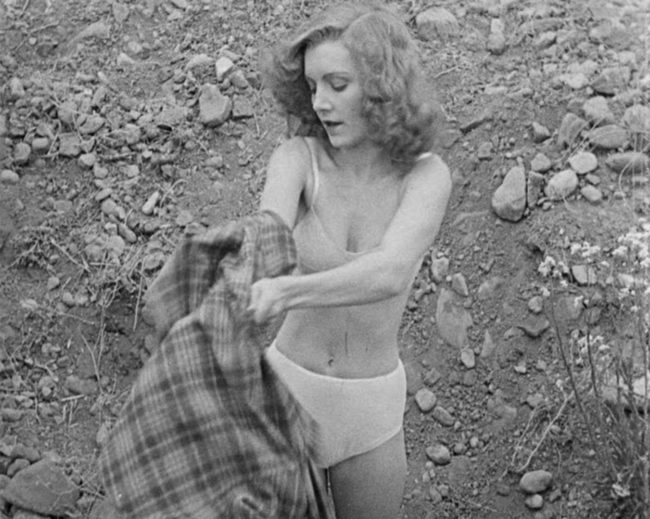 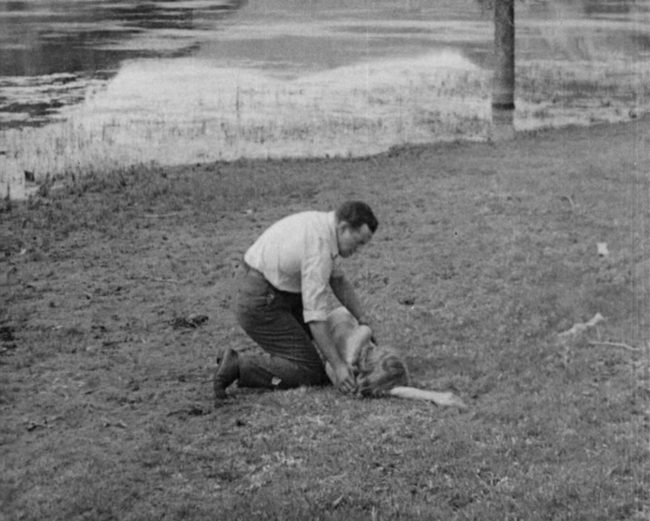 “Where you been daddy?”

Deluge is an oddity in a lot of ways. A lost film for decades, then only available in awful, Italian dubbed prints, the movie finally reappears as close as it was meant to be shown 84 years after it premiered. It’s special-effects heavy and deals with a post-Apocalyptic wasteland, which, I can safely say, is not something I write about on this blog often.

The plot, in a nutshell: God is back, and he is pissed. It’s time for a second great flood. Is it divine retribution? The result of a solar eclipse or earthquakes? No matter, civilization is quickly wiped out in a spectacular sequence that sees Earth essentially turned into Waterworld.

The beginning of the movie is pure spectacle, but it quickly moves on to the reflections of a suddenly quieter world. At the center of it is professional swimmer Claire Arlington (Shannon), a woman who is always looking for something to challenge her. She’s first found and abducted by a pair of men, until she escapes and swims away. There’s also couple at the center of it, Martin (Blackmer) and Helen (Wilson), and their two platinum topped little tykes. Global disaster separates them, leaving Helen in a remote town, pondering about how to move on, while Martin becomes a survivalist, unaware anything else exists.

Claire swims into his life, and they’re both soon looking at one another fondly. They’re forced to fight off one of those rape gangs that you’ll have in this sort of thing. Women are still the main commodity that’s contested, and things become harry for Martin when he finds his wife and family are still alive. Who does he choose? And what does it mean?

Deluge is goofy as all get out, covering ground well, well covered by now, but there’s still something rather refreshing about seeing this old chestnut in pre-Code trappings. Many times, thanks to the clarity of the picture, the dopey sci-fi plot, the overwhelming score, the abundance of the bikini, and the focus on sexual frustrations, that the movie actually feels more like a relic of the 1950s than the 30s. But it’s still a disaster movie where they’re tying down the blimps as the storms come, and Martin is less Rock Hudson than an office manager who spends his downtime reading golf magazines.

Leading man Sidney Blackmer is wooden, competent but possessing none of the charm the other characters say he has. Lois Wilson doesn’t have much else to do, though it’s funny– her role as the devoted wife tending to her kids while the husband is tempted by a sexy other actually mimics exactly what she was doing in Seed (1931), down to the impassioned self-sacrificing speech. The real standout here is Peggy Shannon as Claire, finding a mix of subdued adventuress with some clear emotional gymnastics. A former Ziegfeld girl who came to Hollywood as a Clara Bow-lite, Shannon does the most she can with the limited material, her inner turmoil the only real hook in the piece.

Though the movie is reluctant to vocalize many of its points, it does make some timid assertions about how the rule of law restrains and empowers people differently. Blackmer’s Martin was a lawyer, and must contend with the crumbling of the world. The women, similarly, have to make due with what marriage and commitment means in a world where their independence is a threat to both ravenous male ego and the survival of the species. The end of Claire’s plot arc, with her finishing off the film’s antagonist and swimming off to the future, is perhaps far more hopeful than the townsfolk trying to give government the old college try; the old ways work for some. Not all.

There’s no doubt that Deluge is a curiosity, especially considering how popular the genre continues to be. It’s not a very good movie– none of the pieces fit well, and the massive special effects sequence the starts the movie had a lot more thought put into it than all of the characters who wandered around after. But Peggy Shannon has something in the movie that’s compelling, and it’s interesting to see a pre-Code take on this sort of thing, even if the movie itself feels too stodgy for all the hellfire its unleashing.

It’s far from an ideal viewing experience, offering grotesque depictions of black characters, but as an early example of exploitation during an industry period where indecent material was allowed to roam free, “Deluge” is quite successful as twisted melodrama, even extending to a wild ending where satisfaction isn’t guaranteed for any of the participants. It’s also valuable as an early effort of screen chaos, manufacturing an elaborate presentation of cities crumbling and mass death for entertainment purposes, and often doing so with greater enthusiasm than the disaster movies of today.

The best moments in the film are those concerned with the excited weather men and scientists. The destruction of skyscrapers is never particularly real and the rushing waters seem strangely out of focus at times. The dialogue never rises above the action of the story and the players deserve sympathy. 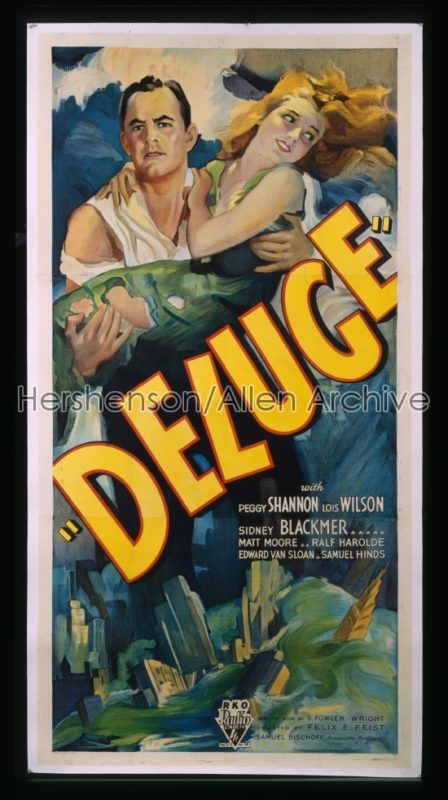 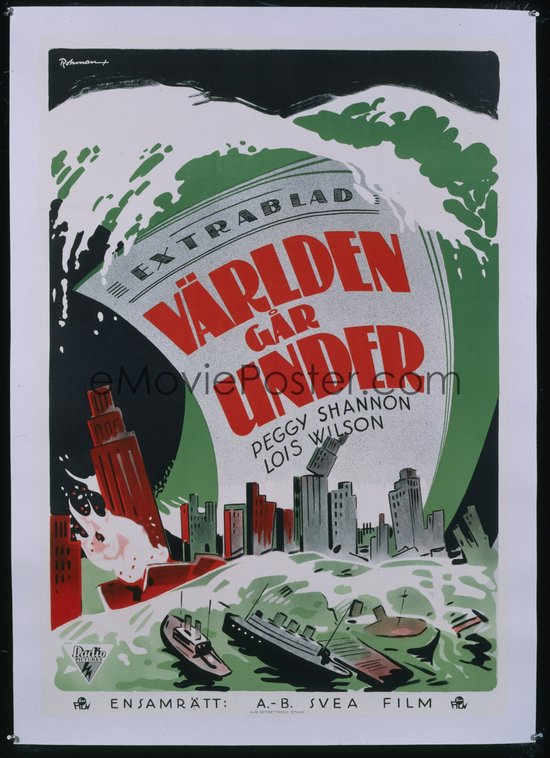 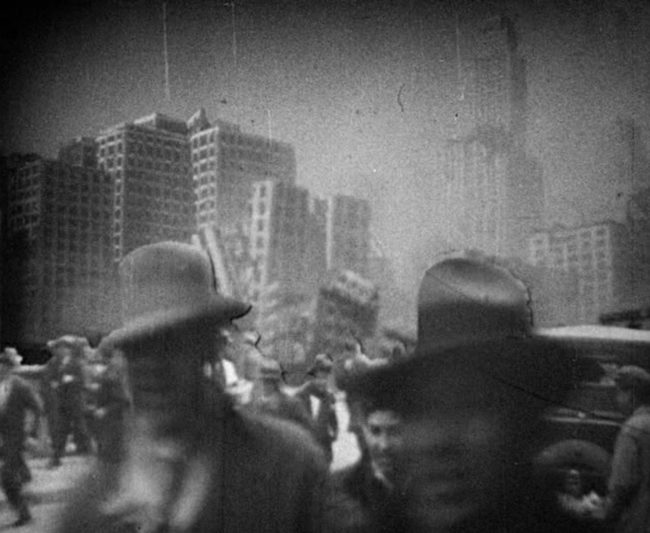