Devil and the Deep: A Sinking Feeling

“Men can be very spiteful when they’re hurt.”

Devil and the Deep offers a very important life lesson: if your wife says she is just friends with Cary Grant and there’s nothing between them, DO NOT let your insane jealousy drive her away, as she may end up sleeping with Gary Cooper instead. 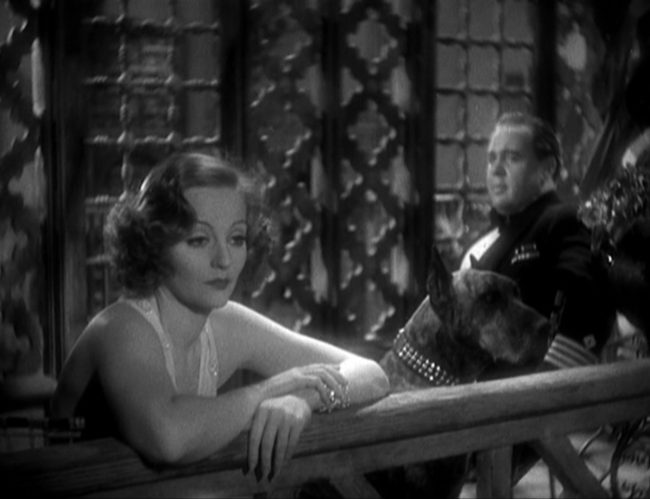 That’s the fate that befalls submarine commander Sturm (Laughton, who gets a booming introduction in the film’s title cards). He spreads rumors and insinuations about his wife, Diana (Bankhead), as an unnamed brain disease infects him with paranoia. After his second-in-command, Lt. Jaeckel (Cary Grant, barely in 15 minutes of this movie), feels sorry for Diana, Sturm wrecks his career and promises to attack any other man who comes along.

She wanders into the night and runs into Sempter (Cooper), whom she makes love to under the stars at a dessert oasis. Naturally, he turns out to be Jaeckel’s replacement as the submarine’s number 2. Sturm uncovers the truth, Diana hurries to the submarine to warn Sempter. 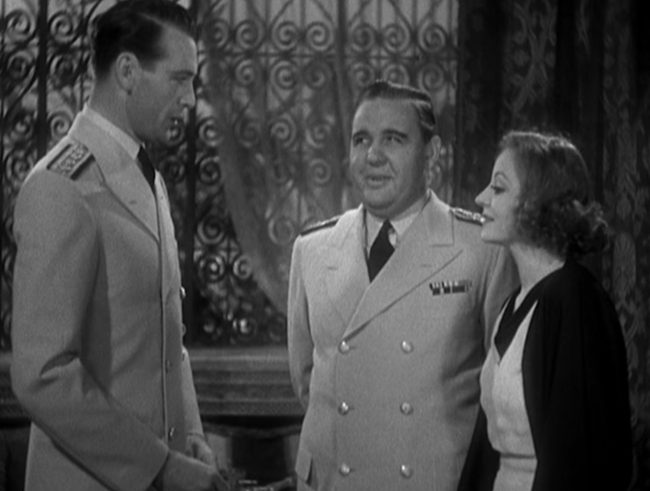 The film’s finale traps Laughton, Cooper and Bankhead on a sub stranded on the bottom of the ocean. Improbably, the film somehow makes being trapped on a sinking submarine with an axe-wielding Charles Laughton considerably less thrilling that it could be. Regardless (and ignoring the fact that the film’s special effects are of the bathtub variety), there is a nice tenseness to all of the proceedings emanating from Laughton’s undiluted scenery chewing.

Laughton rubs his face with his hands, playing with it like its a piece of lumpy dough. Director Marion Gering (24 Hours, Thirty Day Princess) also gifts Laughton with numerous close-ups of his eyes, shrinking, glaring. It’s chilling, but still a bit cartoonish– much of the paranoia is portrayed well, but it always feels too easy, like he wandered in from a cartoon.

Bankhead, on the other hand, imbues Diana with a wistful loneliness, often captured through mannered strokes of her chin and thoughtful looks into the distance. Her constantly wringing hands are complimented by Bankhead’s beautiful face, possessor of the best “I want to vomit on this awful man” expression of any star of the time. 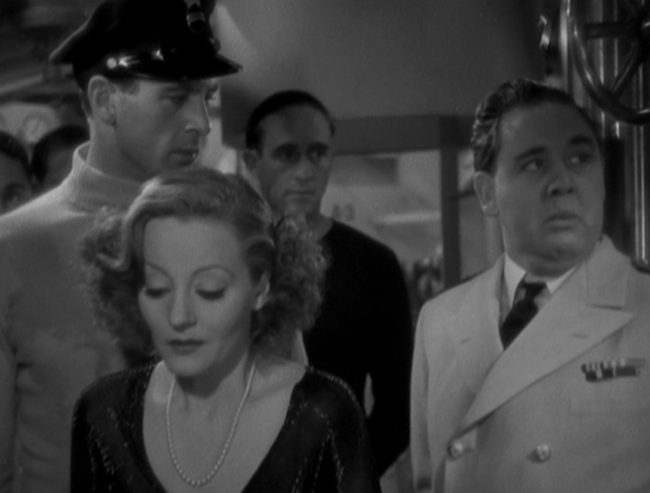 The film ends with Diana heading into a store and buying a pool cue, which, including the submarine and Laughton’s playful teasing at a cigar in the film, may harbor more-than-Freudian tones. The movie has precious little else to say, even in the department of romance; making the fling between Cooper and Bankhead of the one night variety subtracts a great deal of romantic tension, instead focusing more and more on Laughton’s merry descent.

Devil and the Deep is handsomely mounted but thuddingly paced. However, it’s hard to say there isn’t a certain sumptuous thrill to all of it; Cary Grant, Gary Cooper, Tallulah Bankhead, on starlit nights draped in Paramount sheens. It’s a studio product, one of many such dramas produced (and nowhere near as effective as fellow pre-Code submarine drama Hell Down Below), but for something to wrap yourself in on a cold, misty night, Devil and the Deep transports you.

Tallulah Bankhead would make just one more film under her Paramount contract, Faithless (1932), before happily leaving Hollywood behind to return to the stage. After completing Faithless MGM tried to lure her over to replace Jean Harlow in Red Dust (1932). Red Dust was in production at the time of Paul Bern’s controversial suicide and Louis B. Mayer felt that removing Harlow, Bern’s widow, from the picture might save a rash a negative publicity. Bankhead was appalled by the offer and wrote in her autobiography, “To damn the radiant Jean for the misfortune of another would be one of the shabbiest acts of all time. I told Mr. Mayer as much” (201). Despite some lurid publicity of her own, that Tallulah caused herself (Declarations of “I want a man!” in print), both Paramount and MGM still made offers to her. Reduced offers. Bankhead wouldn’t return to film until her wonderful performance at the helm of Alfred Hitchcock’s Lifeboat in 1944.