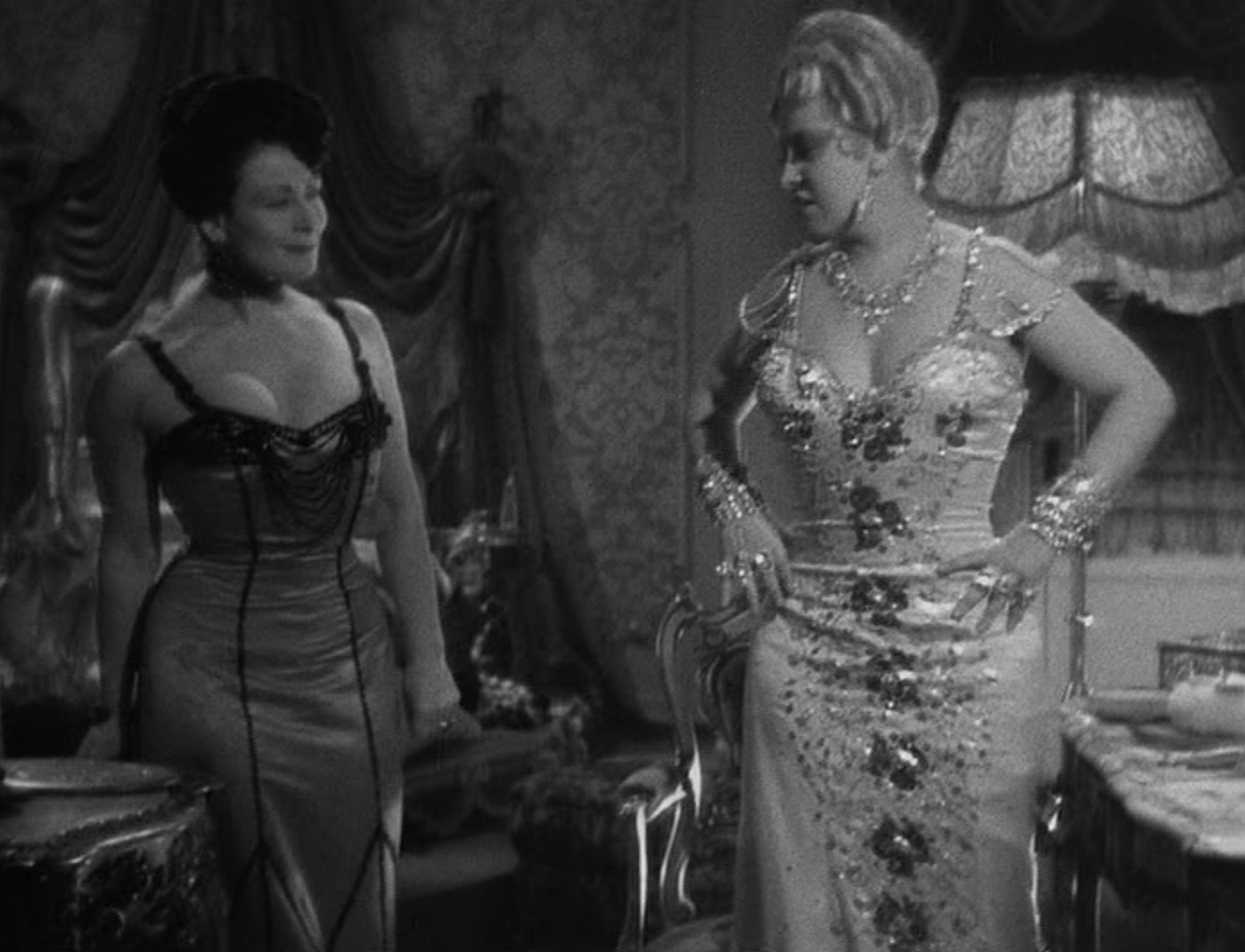 She Done Him Wrong: Wiggle & Smirk

“Why don’t you come up sometime? Don’t be afraid, I won’t tell.”

She Done Him Wrong was, in 1933, one of the most controversial and talked about films up to that point. The controversy didn’t come from explicit sex or nudity, but from the liberated attitudes of Mae West and just what those could mean splashed, uncensored, across the big screen for a modest, god-fearing America.

Set in the Bowery in the 1890s, She Done Him Wrong is the story of Diamond Lou (West), a bawdy singer who draws the attention of every able-bodied male and power player in the borough. Her main squeeze is Gus (Beery), the saloon’s owner who traffics white girls on the side. Also in her orbit is reformer Captain Cummings (Grant), lothario Serge Steinoff (Rowland), weaselly business rival Dan Flynn (David Landau), and convict Chick Clark (Owen Moore), who escapes Sing Sing to fly down and make sure that Lou is staying true to him. 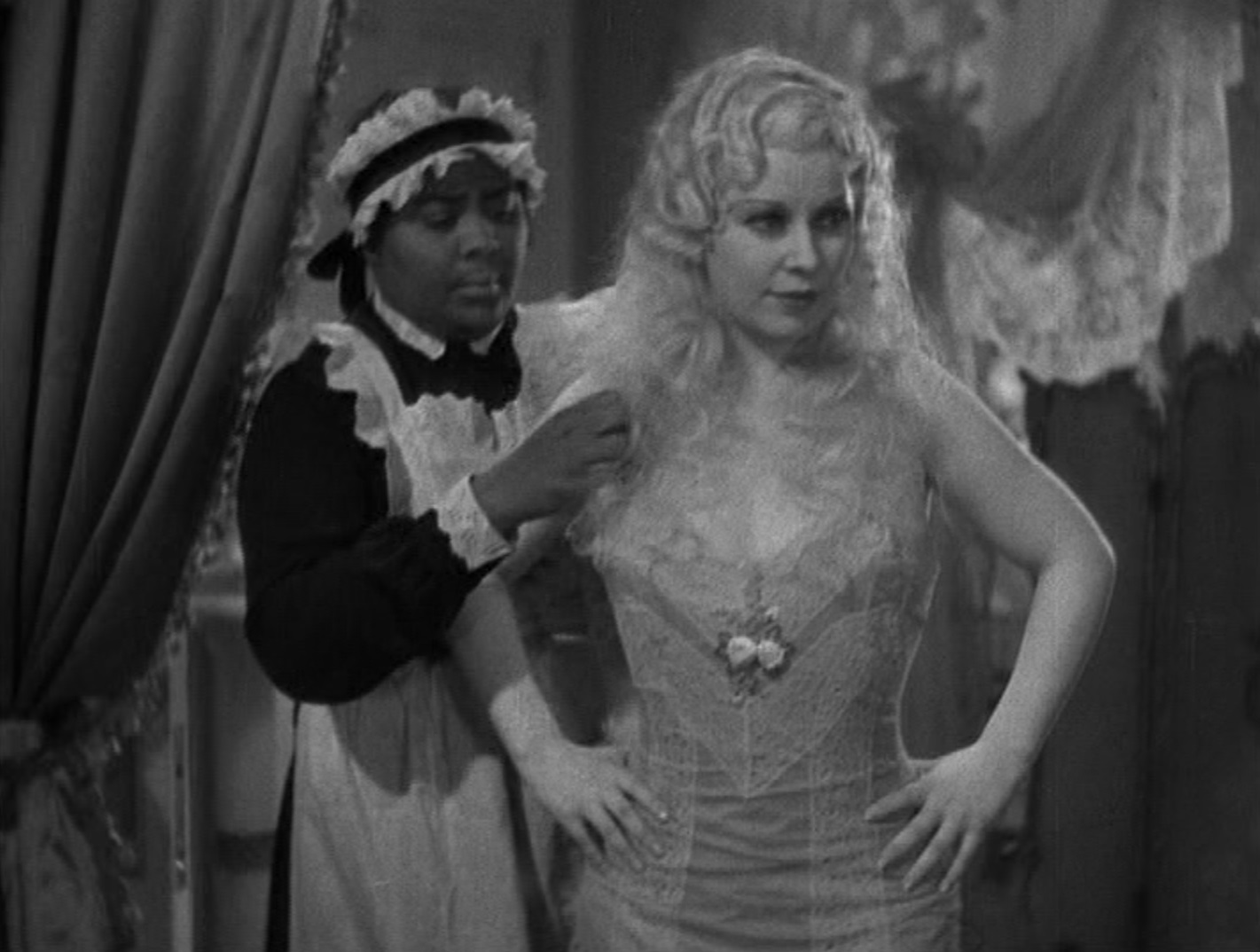 You also have Russian Rita (Ottiano) who is gleefully helping traffic young women and Sally (Rochelle Hudson), one of the victims of said trafficking. Oh, and Louise Beavers plays Pearl, Lou’s maid and confidant. With a cast that expansive all crammed into 66 minutes, it may not hurt to keep a scorecard, even if we know who is going to end up scoring at the end.

One thing has to be made clear. and I forget it every time I put this movie on: She Done Him Wrong is not a straightforward comedy. While the film is filled with Mae West’s singular witticisms, outside of her, it is a serious drama of white slavery and romantic entanglements. There are murders and bodies disposed of, and even Lou gets in on the action, stabbing one person and luring another to their death. In fact, if the main character were anyone but Mae West, this would be a fairly standard, if overstuffed, drama for the day. 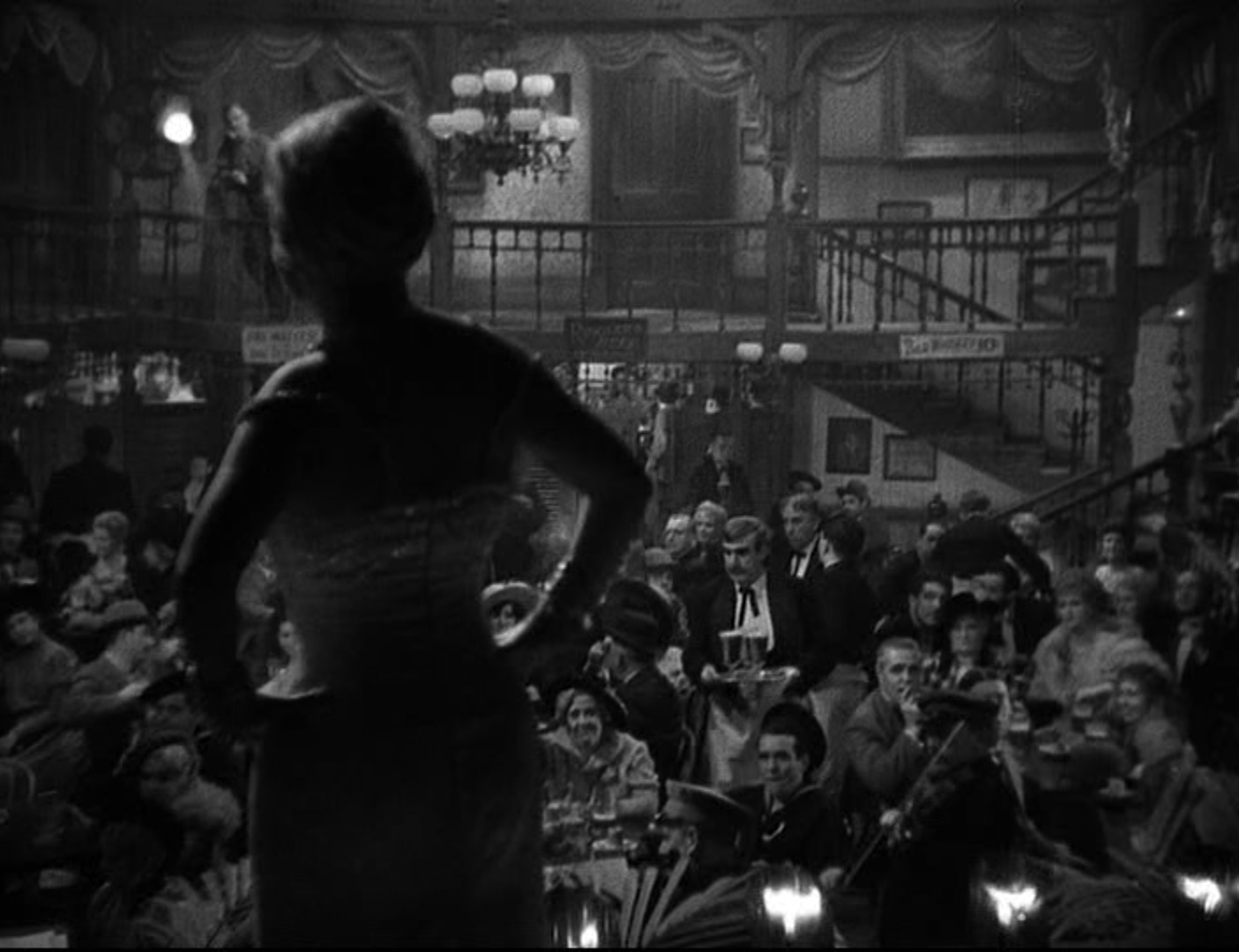 But why wouldn’t it be Mae West? The atmosphere of vice and sin is the perfect place to put the most unsubtle sexpot in American cinemas. The film orbits around her Diamond Lou, and it’s her attitude and quips that make the movie worth seeing (and, to an extent, life worth living). Mae West’s carnal posture towards the opposite sex is bold and exciting for an era often drawn to self-sacrifice and demure coolness, eschewing quiet subtlety for aggressive pleasure. Men worship her, women stand in awe.

West wrote the original play Diamond Lil which the film was built upon and crafted it to amplify her best attributes, from the way she controls men to using the decadence of the 1890s to give the film a real sense of dirt and grime. The film’s atmosphere, captured by Lowell Sherman, is delectable, with a great deal of time early in the movie dedicated to gorgeous views of overflowing glasses of beer and beautiful, languid cigarette smoke. Everyone in the film seems to have a pretty good time, outside the ones who get murdered, and the riotous atmosphere is both compelling and sanguine. 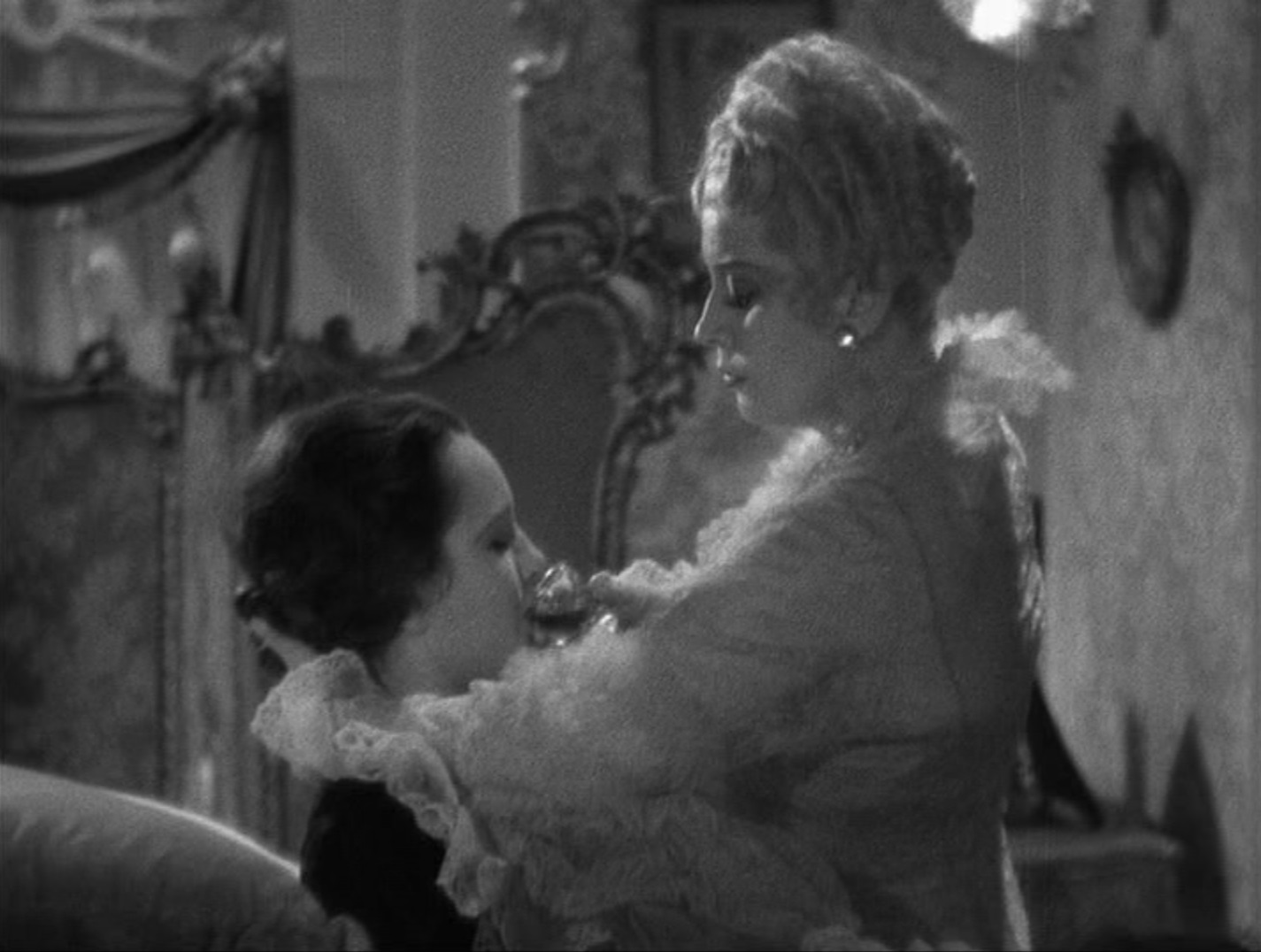 It’s not hard to understand why She Done Him Wrong landed so hard at the time it did, pushing boundaries and basically being built on a dare to the censors. (More on that below.) The movie isn’t West’s best showcase– god, there are a lot of characters– but it’s still a fascinating, if overwhelming, ride. It’s a great exhibit of West’s dynamism and a demonstration of what a true provocateur-non-grata could do in the pre-Code era.

[West had] scored some huge hits on Broadway, particularly with the controversial Diamond Lil, in which she played a saloon singer on The Bowery in the 1890s who sets out to seduce a Salvation Army officer. Universal Pictures had proposed bringing the play to the screen in 1930, when she toured it to Los Angeles. Hays issued a firm edict, however. The play was off limits, and when Universal suggested hiring West to write something new for them, he talked them out of it. Meanwhile, West fell on hard times when her follow-up play, The Constant Sinner, closed after only eight weeks. The 39-year-old sex star began to wonder if she wasn’t over the hill. […]

When the studio approached her about making another film, she considered her options, then insisted on adapting Diamond Lil. Rather than buck Will Hays outright, they suggested changing the title and enough details to make it seem like a new story. But when Hays found out, he tried to shut the film down. Studio head Adolph Zukor made his case to Hays’ New York board of directors, and won the concession that they could redo the script with a new title and new character names (Diamond Lil became Lady Lou). Other demands made by the Hays Office included making the leading man (Cary Grant) a mission worker with no specific affiliation to the Salvation Army and cutting overt references to prostitution. They also changed the nationality of West’s female nemesis from Brazilian to Russian, since there was little market for U.S. films in the Soviet Union.

Lou eyes Serge, the dreamboat grifter played by Gilbert Roland, in exactly the way male stars had sized up beautiful women since the dawn of cinema. Even the most sensual actresses usually lured men into chasing them; West’s open invitation scorned such pretense. But She Done Him Wrong also established her essential likability with fellow women. Lou is kind and sisterly to the beautiful young woman (Rochelle Hudson) who washes up in her saloon after a seduction, advising her, “Listen, when women go wrong, men go right after them.” Lou has a rapport with her Black maid, Pearl (played by the wonderful Louise Beavers), that often seems more like that between roommates than boss and employee—though Lou still uses a casual racist slur. Pearl says, “I wouldn’t want no policeman to catch me without no petticoat.” Lou teases back, “No policeman? How about a nice fireman?”

Capping the film is West’s version of Black composer Shelton Brooks’s “I Wonder Where My Easy Rider’s Gone,” one of the bawdiest things in all of pre-1960 American film. Throughout her career, West sang Black songs and blues and performed dances that originated in Black clubs and vaudeville, as did other white performers of the time. But historian Jill Watts says, “The difference between [West] and them is that she consistently credited African-American performance as the roots of her performance.” There are other depictions of unusually warm relationships between West’s and Black characters in subsequent films, like I’m No Angel and Belle of the Nineties, until, according to Emily Leider, head Production Code enforcer Joseph Breen demanded that her character’s maid and chauffeur in Go West, Young Man (1936) “not be colored.” In that post-Code film, the sole Black performer, Nicodemus, is entirely stereotypical and has no scenes with West.

She Done Him Wrong was one of 1933’s biggest hits; producer William LeBaron later credited Mae West with saving Paramount, which had been considering selling out to MGM.

She Done Him Wrong was a huge hit. Made for just $200,000, half of which went to West for writing and starring, it returned $2 million domestically on its initial release and another $1 million in international markets. That wasn’t enough to pull Paramount out of the hole, but it raised studio morale and their image enough to help them edge back toward profitability. The film made West a household name and boosted the career of co-star Grant, who was just starting in films. He would later claim that he learned most of what he knew about playing comedy from watching West at work.

She Done Him Wrong also changed fashions, bringing back the hourglass figure, and encouraged a run of films set in the 1890s. But there was also the inevitable backlash. West’s suggestive song “I Like a Man That Takes his Time” was so heavily cut by censors that Paramount called back all release prints to cut the middle stanzas. Other lines were cut by local censors, and the film was banned outright in Java, Latvia, Australia and Vienna. It also triggered renewed cries for national film censorship that led to the strengthening of the Production Code in 1934. That, in turn, would create even more battles for West and the censors, though they could do nothing to diminish the sexual independence of her characters. 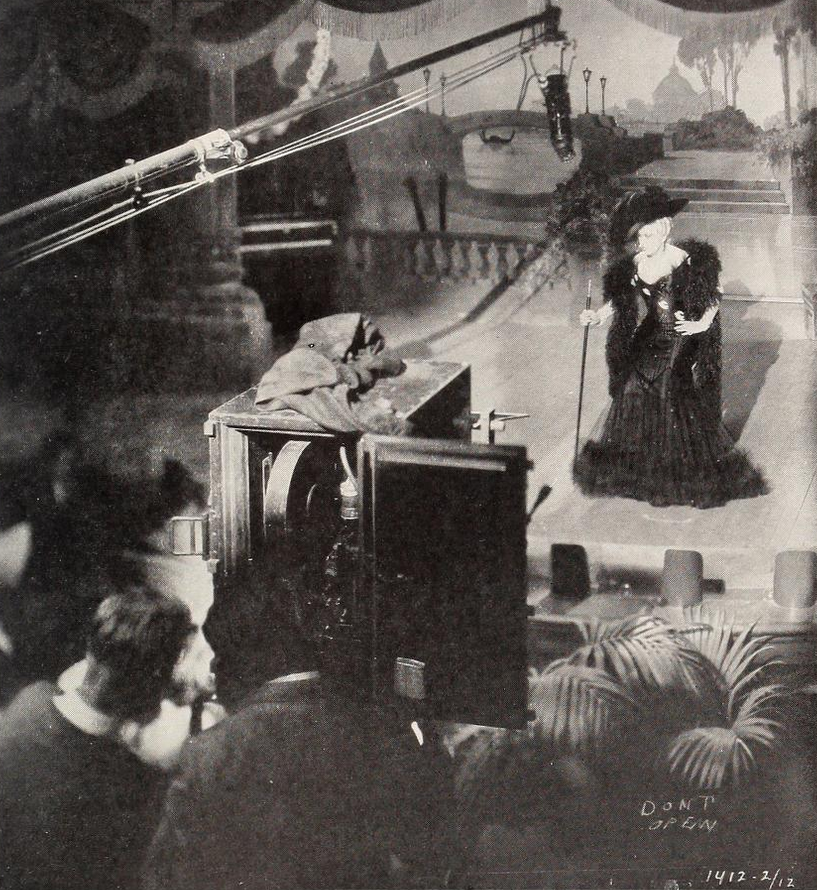 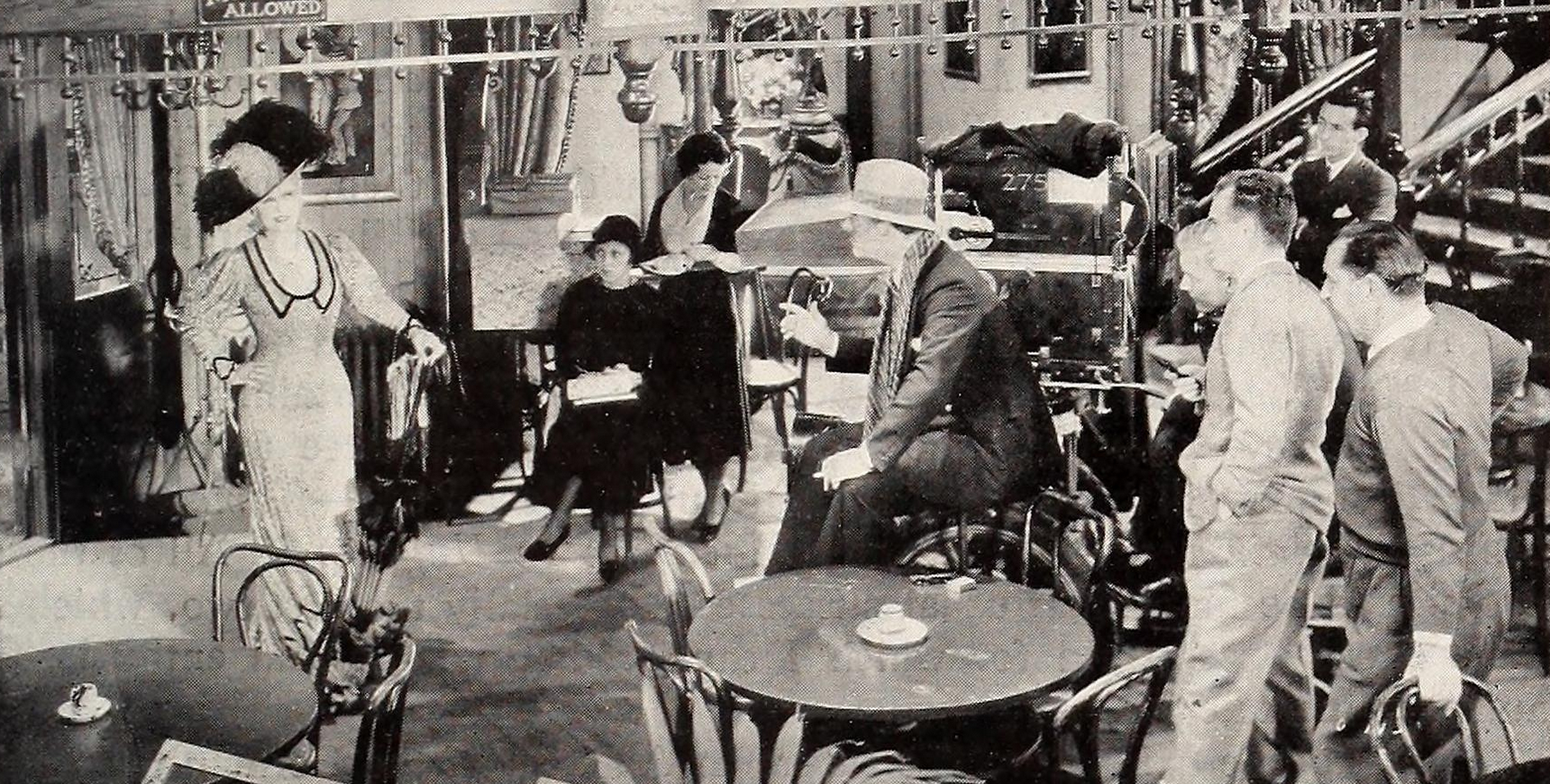 This one has passed the Erich acid test: the black and white air is thick and breathable, the death hangs in the air — vice and despair are never more than a breath away, and Mae’s sense of humor is a warm beacon in a jet black galaxy.

With the haughty strut and the nasal twang which are the principal assets of her repertoire, she filled the screen with gaudy humor. […] Despite the title, she did nobody wrong.